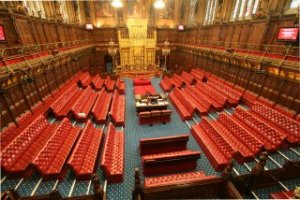 “What party in its right mind would allow a combination of far-left enemies, militant trade unions and first-time supporters to decide its fate?”

Baroness Boothroyd is very right. No party with a “right” mind will allow left and trade unions to decide its fate; who allows first-time supporters to open their mouth and let them take part in decision making?  Decision making is reserved for the elite – pleb votes will follow, as we found out in last General Election.

Per “right”-minded Lords and Baronesses, a party should only allow that messiah to decide its fate, who ensures wealth creation by demanding £330,000 for a 20 minutes speech – even if the speech is to address the World Hunger Forum.

Think again, traditional Labour never had a “right” mind. It used to listen more to working class and common man, than to Lords, Baronesses and £275/second charging bigmouths who removed working people from clause IV of party’s constitution; and I hope people who now vote for Corbyn look forward to re-write the party’s current history and imminent future – in the “right” direction.

Because he is different, certainly.

Have a quick comparison of Jeremy Corbyn’s voting pattern in Parliament with that of rest of Labour leader candidates at http://www.theyworkforyou.com/mps; you will agree. 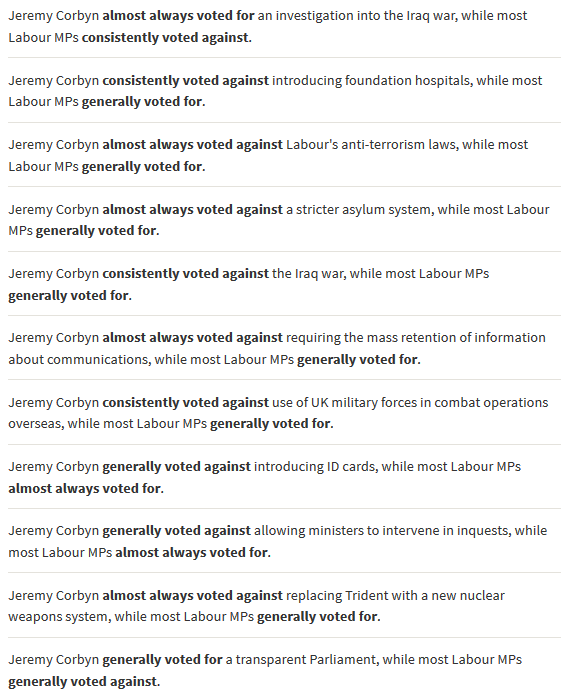 Along with these points, one need to read following Corbyn statements:

Public ownership of railways and in the energy sector – privatisation has put profits before people.

#5 and the last one in the list are good enough indications on how Labour could transform under Corbyn.

What if Corbyn Wins?

Blairite Labour leaders are prophesying doom under a future Corbyn leadership; this itself will be the first issue for Corbyn to tackle, if he wins the contest.  Though it appears Corbyn has support at grass-root level, he need to integrate the party and ensure that the the party, its leadership and Parliamentary representatives talk the talk and walk the walk the walk – together.

One thing is sure; results of 12th Sept will be just the first-half of what’s in store in coming years for an internally-divided Labour party.

My personal take on current events. Let me know your comments

My personal take on current events; let me know your thoughts

Have you seen a typo, an inaccuracy or anything offensive? Let me knos so that I can fixt it...